Well I may have gone a little crazy with buying fabric this month. I bought from four different online shops, yes you read that right FOUR! I would say I need help, send me to fabric rehab (There is a shop by that name by the way) but I don’t want to have to stop buying fabric it is just too much fun.

So without further a do…. 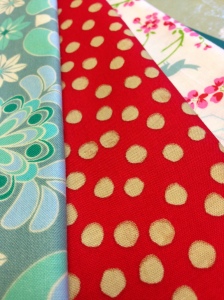 I have more fabric but I seem to have lost the pictures! I will just have to get all the fabric out again tomorrow and take more, there is nothing like looking a fabric don’t you think?

If my husband is reading this I bought all of this fabric a VERY long time ago, for everyone else I bought this at a combination of the knit and stitch show and a local shop 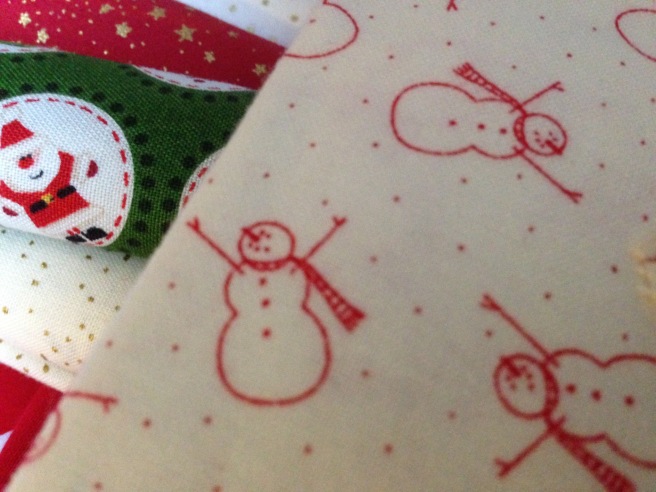 I have started to use some of it already and even have plans for the rest.

What have you bought recently?

I may have been adding to my fabric stash lately well I mean what is a girl to do when on maternity leave? apart from watching daytime tv and dreaming of chocolate…. 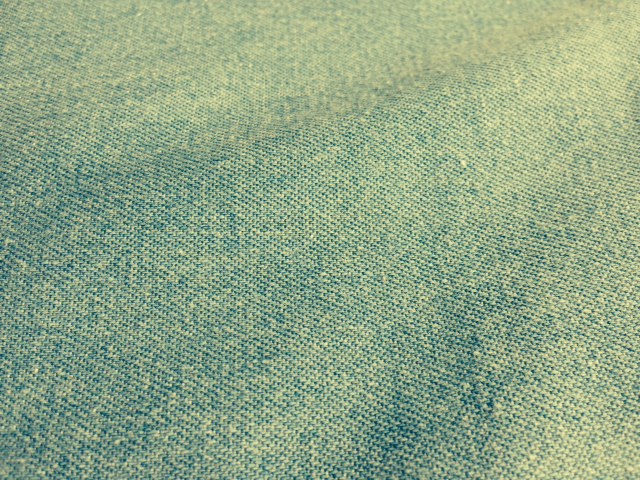 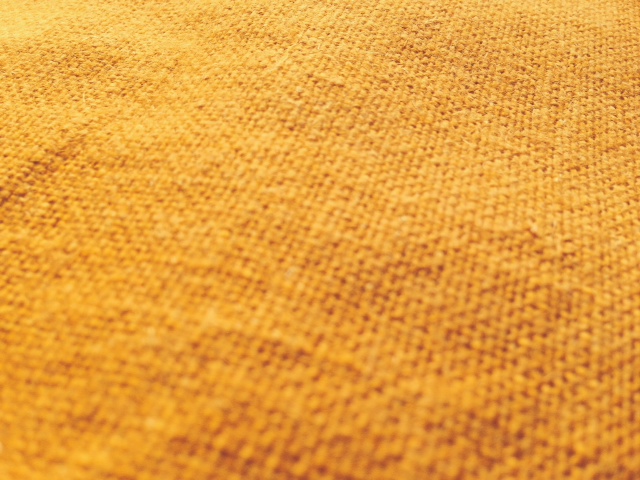 In my defence most of the fabric bought was discounted….. 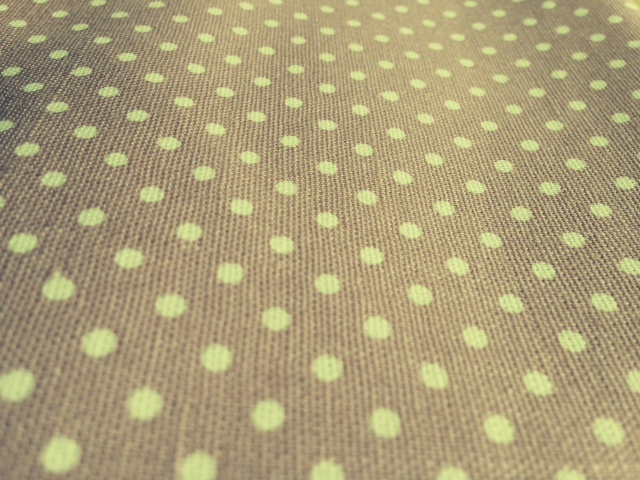 and I had projects in mind… for most of it….

But I still need more I think I have the equivalent of nesting but instead of collecting a huge amount of baby clothes and soft teddies I have been collecting fabric for non baby related sewing.

I had a spare half hour the other day so decided to have a go at stamping with fabric paint, I had bought all the bits and pieces needed a couple of weeks back and was just waiting for the right time to sit down and see how messy I could get. 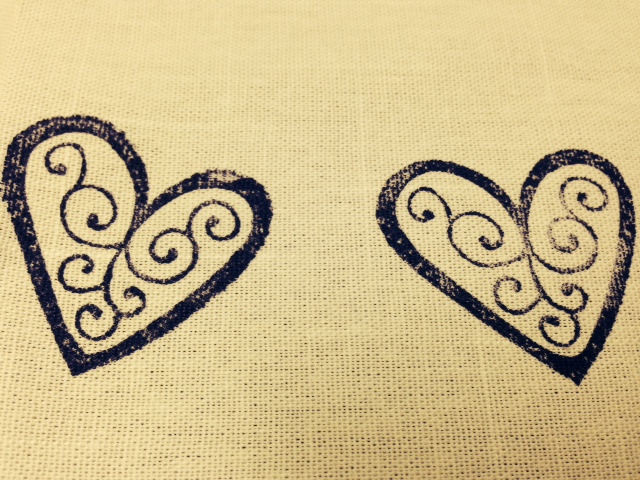 I thoroughly enjoyed myself and for a complete novice found the process simple and the results effective, if you have not done so already I would say give it a go.

I have no idea what I will do with the fabric but in truth I went in with nothing in mind just wanted to see if I would enjoy it and now that I know I do the possibilities are endless…. I am thinking a tote bag for my first project with stamped flowers and a very small amount of embroidery (small amount as I am not very good or very patient!) I like to dream big! haha. Seeing as my mother in law is down for a week soon, I may not get the tote bag started in the next couple of weeks. I also do not want to start it and then put it aside for a couple of weeks, I think I have enough unfinished projects on my to do list as it is!

I bought all my paint and stamps from http://www.colouricious.com

Well what can I say, I have been a naughty girl again. Yes you guessed it I have bought more fabric…

You (meaning my husband) will be glad to know it was from the bargain box/bucket so I feel justified in buying fabric that I had no specific plans for. Well I would only regret it latter if I did not buy it and I HATE to regret anything.

I decided to abandon one of the projects I had started some time ago, do you remember the top I had cut out?

After cutting it out I hit a brick wall, the fabric is very thin and see-through so I did not want to add interfacing as you would be able to see it. But because that would mean moving away from the pattern I couldn’t figure out where to go from there, when I say I have abandoned it what I mean is I have put it away until I have a bit more clothes making under my belt as I have decided it is a bit beyond me.

I have cut out all the pieces and have stared at the instructions for what felt like an eternity, I am sure it is in another language.

I hope to try and finish the top this week.

In other (slightly less interesting) news:

I have seen a great deal of recipes for play dough online recently and seeing as my son has been on summer break from nursery for the last two weeks I decided to try one of the recipes out, I tried this one:

and I got to do a bit of this:

so a success all round. 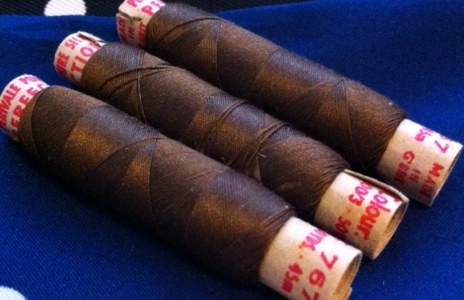 You will be glad to know this post contains no make-up bags, mainly because I have run out of wadding!

So a couple of weeks ago I bought these two fabrics, thinking they would be good for lining something, like a make-up case maybe (well I only said the post contained no make-up bags not that I wouldn’t mention them at all)

I must be favouring polka dots.

But look at the silk thread

Today we had a family jaunt out to Brick lane market, Spitalfields market and Spitalfields city farm. In all the traveling I didn’t find one fabric shop, sigh.

I have been crafting a little, I was knitting some more of the scarf (in the hope I might finish it this year) when I noticed a mistake about 15 lines down, I may have mentioned I can not fix mistakes and have to take it to work for someone else to fix, well I still can not fix mistakes! so it will be going in for some cosmetic surgery tomorrow. I tried to live with the mistake (whatever it is, I have no idea what I have done) but it just keeps catching my eye.

Well I recieved more fabric in the post today, I may have bought it for myself but hey ho, HAPPY VALENTINES DAY TO ME 🙂

Now I was supposed to order fabric for my ongoing quilt project but I do not think these ones quite make the cut. It does not mean I do not love them because I do, I especially adore the floral one on the right which leaves me in a dilema should I order more? and ignore the raisd eyebrows of my husband?

These ones will be in the quilt I think. I am sooo sorry about the picture, I always post at night when the little guy is in bed so I do the photo’s in no natural light, the shadow in this one is me trying not to lean over the photo without success. 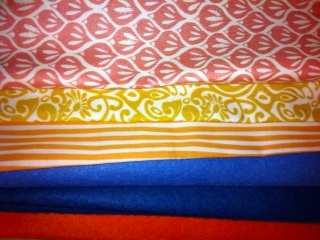 Pretty huh, just have to figure out what I want to do with it now.

A blog about running a small business and Yorkshire life

Crafts & DIY for the handmaker

to pin or not

Life and loves of a woolly Lakeland bibliophile....baaaaaah!

a snip into my life as a new parent

I am a young mother (22) who recently had her first son in July 2014. My whole life has changed for the better.

our journey so far
mumswordisbest

The journey of a first time mother

The latest news on WordPress.com and the WordPress community.

UK Couponing
The Worldwich of Sam

Musings from an ordinary mum about life, kids, spare time and work

Solutions to Problems in Practice